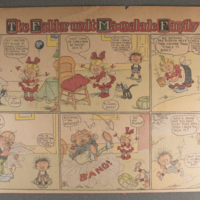 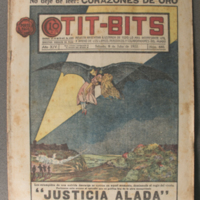 Tit Bits was a periodical publsihed in Argentina between 1900 and 1957. The edition presented here is number 680, published on July 8, 1922. Noteworthy in this edition of Tit-Bits are the comics taken from American publications and reporduced here with Spanish text.

The Adventures of Peck's Bad Boy

A collection of humorous stories completely focused on a son and father who experience all kinds of mischief.